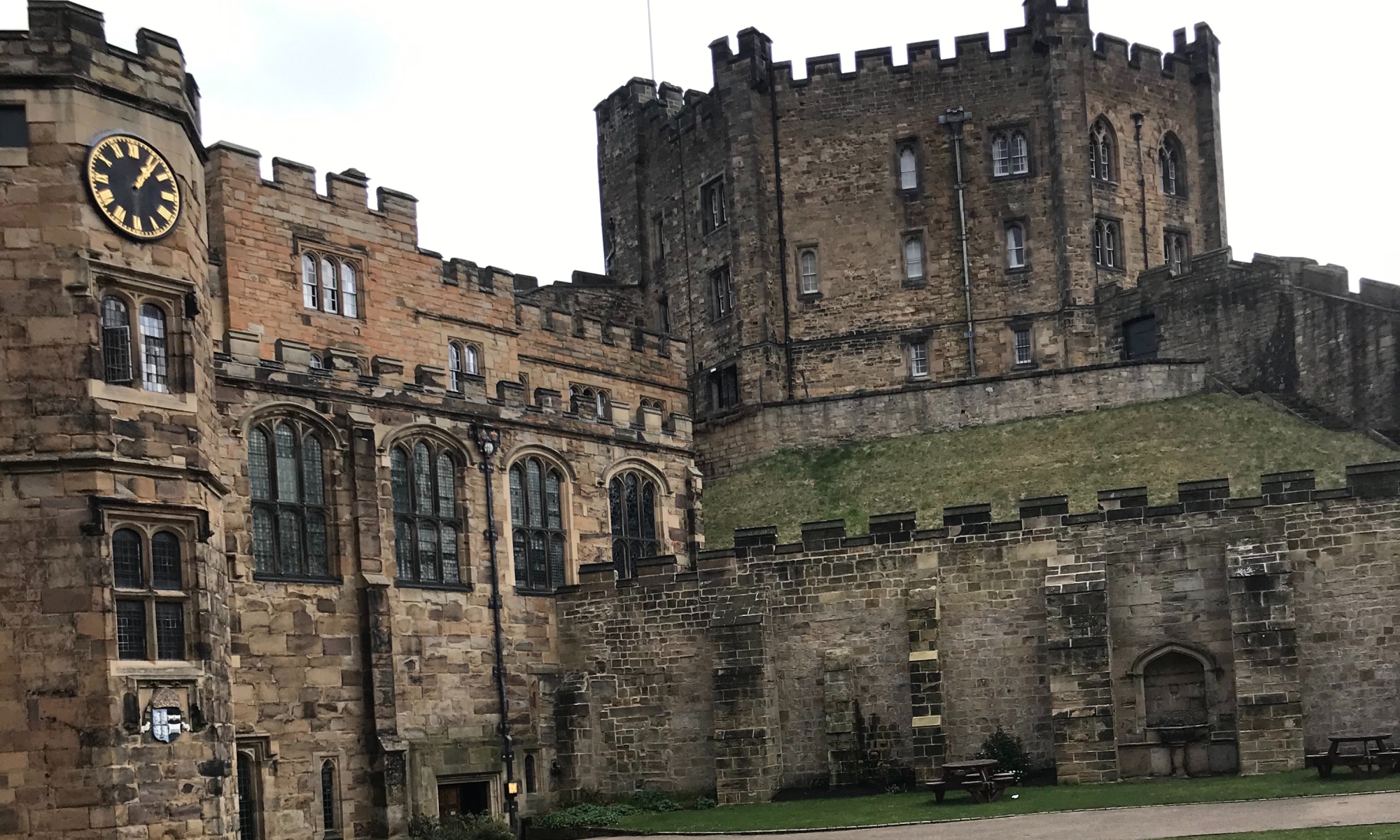 Before the country went into lockdown last March, I travelled up to Durham to visit my younger sister, who was studying at Durham University. The university currently has roughly 19,000 students who each belong to one of 17 colleges located across Durham City. As a past Durham student myself, I have always wanted to freely wander through the castle without getting told off, so it was rather handy that my sister was a student of the college that Durham Castle is now home to.

Durham Castle is a UNESCO world heritage site along with Durham Cathedral, which is just a stone’s throw away overlooking Palace Green. The Norman motte and bailey castle sits proudly on top of a hill on Durham’s peninsula above the River Wear and can be seen as you walk through the cobbled streets of Durham.

Built in the 11th century under the orders of William the Conqueror, it was occupied by successive Bishops of Durham. The Bishop’s wealth allowed the castle to be developed on a grand scale, including an extension of the Great Hall and additions such as a new chapel, a two store gallery and the great staircase.

In 1837 it became home to  Durham University students of University College. Roughly 150 students are lucky enough to live in the Castle keep and rooms along the Norman Gallery. It is the oldest of the University’s colleges with approximately 1,500 undergraduate and postgraduate students.

Below are some of the areas within Durham Castle that make it such a fascinating place to visit.

Dates from the Norman period. During the 16th century the original gatehouse arch was dismantled and reconstructed to make it wider to allow the Bishop’s carriage to pass through more easily. The gatehouse transitioned from a defensive structure to a ceremonial entrance, which is also used today for graduands to process through from the castle’s courtyard to the cathedral during their graduation ceremony.

The magnificent hall we see today is from a remodelling in the 19th century, which consisted of inserting stained glass, oak panelling and enlarging the windows.

The hall measures over 30m long and 14m high and is now where 300 first and final year students eat three times a day. Formal gowned dinners also take place here and are an important part of college life.

It tells the story of the Castle’s occupants, who each altered the building from their predecessors to suit tastes and current fashion. They left their mark by adding  their coat of arms and initials on the top of the drain pipes to personalise the building.

From the courtyard you can see the Keep, a fortified tower and symbol of power. The octagonal shape made it much harder to destroy and ensured there were no blind spots for look outs.

It was built in around 1080 and is the oldest building in Durham. Often thought as the crypt, for being situated underneath the Tunstall Chapel, sources in fact tell us that it was the main chapel.

The capitals of the columns are carved with religious scenes and decorative, including the earliest depiction of a mermaid. The atmospheric space is still used today for small chapel services, performances and concerts.

Constructed for Bishop Cuthbert Tunstall in the 1540s, the chapel was completed during the Reformation.

Throughout the chapel there are several intricately carved misericords, depicting myths and medieval popular culture. Misericords, known as mercy seats, are small carved shelves, which allowed members of the congregation to lean on them  during the long services, which took place standing.

Built at the same time as the chapel, it was designed not only to provide access to the chapel without walking through the courtyard, but also a space to showcase the wealth of the occupant.

Along the gallery, personal lavish items would have been displayed, much like today where Durham Castle’s collections are on display such as large chests, weapons, portraits, armour and silver.

The castle’s shift from being a defensive building to a luxury space for entertaining in the 16th century is indicated by the large windows.

Glass was an expensive material and difficult to make, so having the whole gallery adorned with large windows would certainly impress guests.

Constructed by Bishop John Cosin in the 17th century, it was designed as a flying staircase. Originally, the staircase had no vertical supports and was embedded into the wall.

Soon after they were completed, the structure began to lean due to the builders’ miscalculations. The wooden posts, we see today, were put in to stabilise the staircase.

Me in the college bar, more commonly referred to as the ‘Undie’. This space was the castle’s undercroft and today still retains the original 11th century appearance.

Durham Castle is currently closed to the public to ensure the safety and well-being of their staff and visitors. However you can still explore the collections online, Durham University Library and Collections Blog, podcasts and learn from the Museum from Home free online resources.